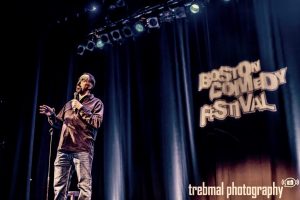 Angel has been making people since started 1982 to help pay for his college tuition. When he had hair, so you know that was a long time ago. His mother was a practicing Spanish bilingual Catholic that can make him feel “guilt” in 2 languages. In 1967 his family moved from Puerto Rico to Connecticut. , His comedy is based on his experiences growing up in a multicultural environment filled with colorful characters and the everyday silly observations of life.

Don Kinsley is witty, cutting, self-deprecating style, adding a dark surprise or two will astonish you. As a consummate bachelor his dating stories will make you glad you’re not him! Come welcome this NH native back home !

Rodney Norman If you have been on social media you have seen his face. His videos have garnered millions of views worldwide and his style (or lack thereof) is catching on. Honest and unassuming, his humor will catch you off guard and leave you laughing days later. Rodney Norman is more than an entertainer, he is an experience.

Hailing from Providence, Rhode Island, Joanna Rapoza first performed standup comedy in 2011, appearing at Caroline’s on Broadway and other top NYC clubs, such as New York Comedy Club and Greenwich Village Comedy Club. She continues to perform and produce shows at clubs and theaters throughout New York and New England, including the Hartford Funny Bone, Comix at Mohegan Sun. In 2019, Joanna produced and hosted a sellout show at the Elbow Room in West Hartford, CT, which donated $1,000 to charity.