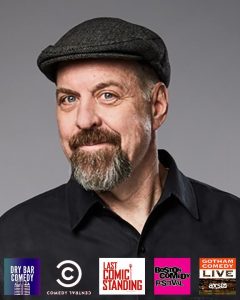 If everyone’s Irish on Saint Patrick’s Day then the best place to be on March 13 is the Larcom Theatre to celebrate with Irish dancing, music, and hilarious comedy.

Joey was featured in NESN’s Roughing It and WCVB’s Chronicle, as well as Comedy Central’s Pulp Comics and lastly on NECN’s Broadside with Jim Braude.

Jack Lynch is a 30r veteran of the Boston comedy scene and has traveled around the world performing his routine to thousands of satisfied customers.

We will be adding Irish dance.