This is what I found about the Comedy Studio;

For more than 20 years, The Comedy Studio has invited comedy’s biggest fans to enjoy emerging talent.  Our mission: to support the comedic arts as an intimate and affordable option for anyone who wants to come to see a show. Many of the biggest names in stand-up comedy today got their start at The Comedy Studio, including Gary Gulman, Eugene Mirman, Sam Jay, Emma Willmann and Jen Kirkman, while others such as Ali Wong, Mike Birbiglia, Anthony Jeselnik, Colin Jost, Sarah Silverman and dozens more have graced the club’s stage over the years. And if that isn’t enough, we won Best Comedy Club in Boston for three consecutive years by Boston Magazine!

Yet they still are letting me work there hmmm. https://www.thecomedystudio.com 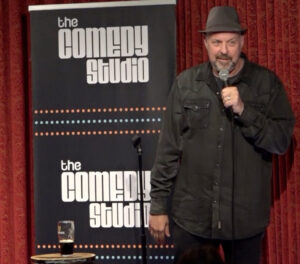